The aim of our non-profit organization, through practice, theory and research, is to both develop and transmit Yoga inspired by the teachings of Peter Hersnack. Peter is no longer with us, but he remains unique, and his teachings can remain in the world! The seeds he sowed within each of us, with such benevolence and faith in our futures, ask only to blossom. 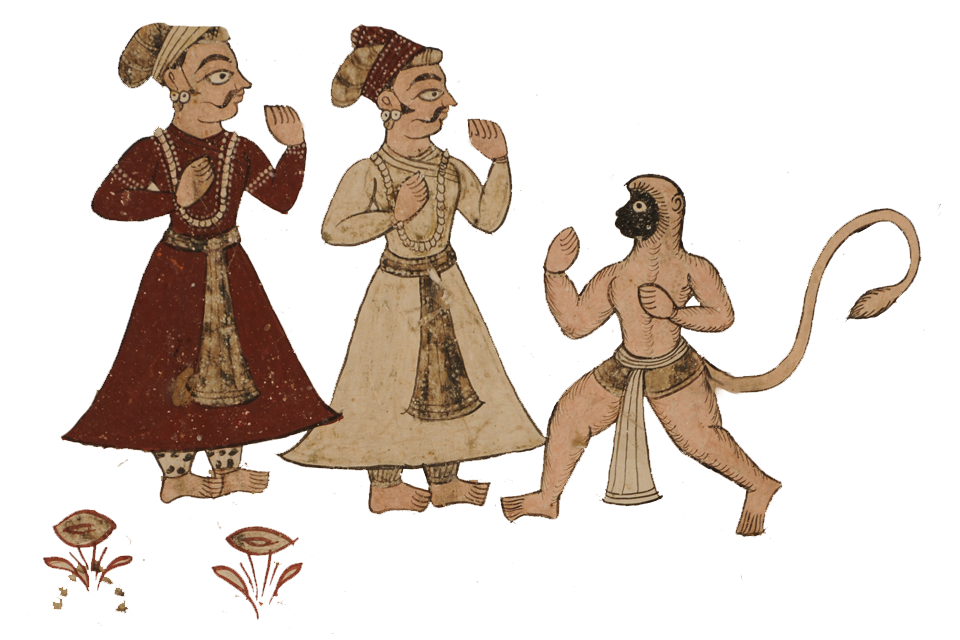 It is unimaginable that such research, such wealth should be forgotten. We are moved to come together to recapture the principle tenets and explore the pathways discovered in Peter’s teaching.

To gather these treasures, to share, to discuss, to explore and to deepen our understanding,

To allow ourselves to be nourished, again and again, by this precious teaching. 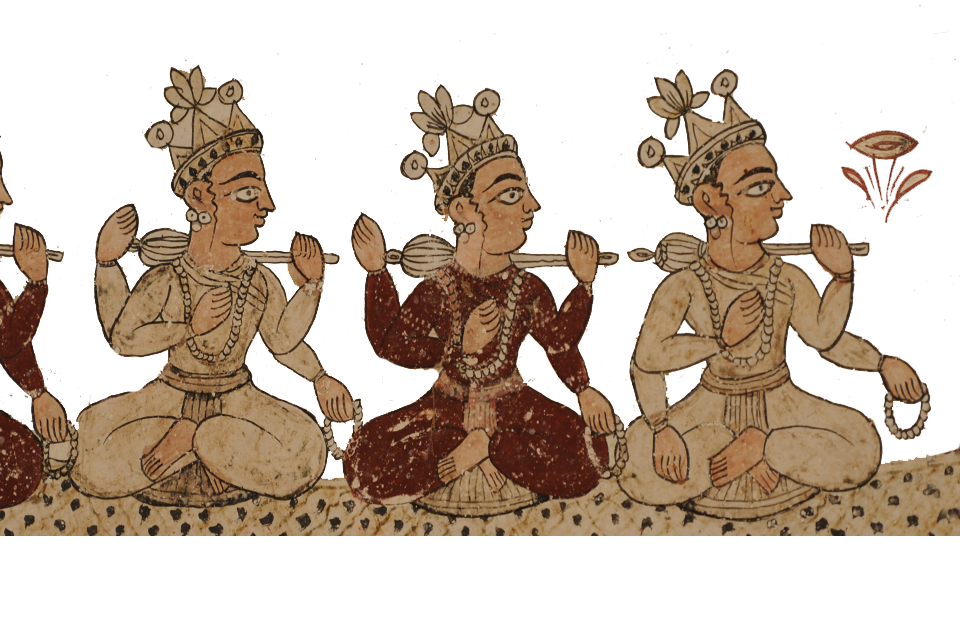 To contribute towards unraveling the confused relationships between body and breath (postures), between breath and mind (pranayama), and even within the mind itself (meditation), to create space, to open and bring life.

In the Peter Way—We practice to establish stable and free relationships between support and direction, to initiate a dialogue between axis and form, inspired by Peter’s ways. We continue to explore the many other avenues of discovery that he showed us. 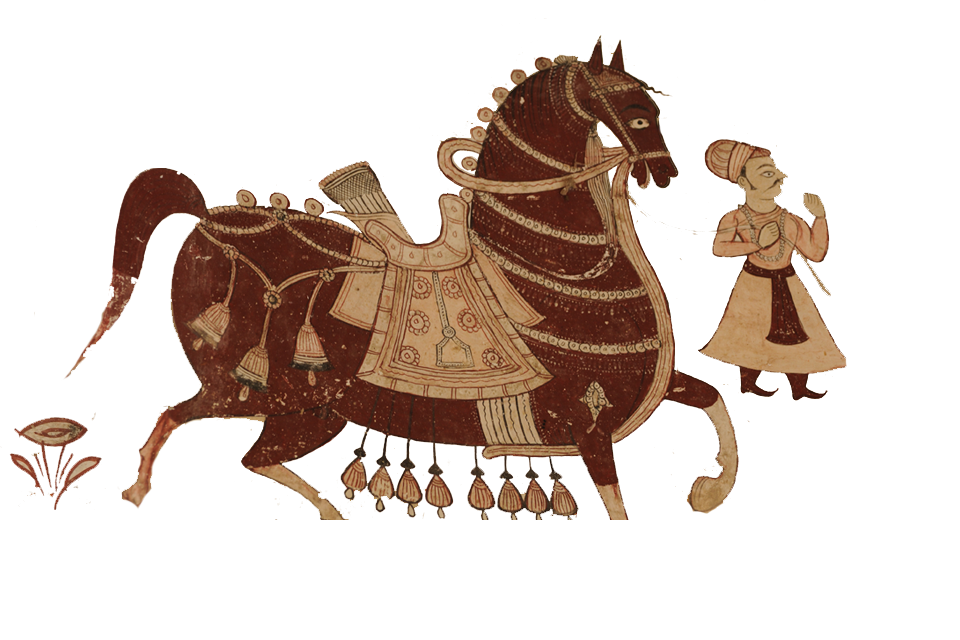 To explore the Yoga Sūtra

Peter presented the sutra in his very special way, and proposed a point of view born from a long intimacy with this text through meditation.

We have a responsibility to exploit this goldmine at our disposal. Our intention, through sharing, practice and exploration is to both live and give life to these riches.

May we, together, follow in the spirit of Peter:

to open a space for what is living in us, and open ourselves to the living in others and in the world.

The founding members, wanting to create an association amongst themselves, set up the following regulations:

When I open myself to a landscape or to a person, a similar space opens in “what is”, a vaster space, more subtle than anything I know. In opening myself to « what is », « what is » opens my ability to be in the here and now. 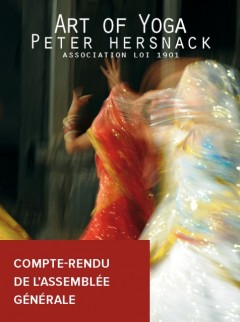 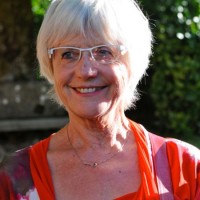 President
At Sylvie’s insistence, I met Peter in Tarbes in 1993. Simply being in his presence had a profound effect on me and from that moment my sense of my life and its direction were transformed. I didn’t really understand what he was saying, but I KNEW it was TRUE. From then on, I became Peter’s curious and attentive student, in teacher training, retreats and individual tuition before becoming his colleague, partner and wife. While he was alive and throughout our partnership, Peter cleared the undergrowth, laid out the major axes, established the principle tenets, to which I then gave form. Now he is gone, my mission is clear, to not give up, to share this rich and precious teaching and to keep it alive. I will do my best, through my role as president of this association, to fulfill this objective. 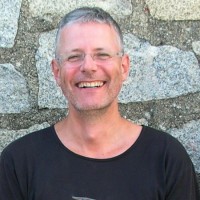 Treasurer
I began to practice yoga about 30 years ago. Initially I liked the athletic aspect of Iyengar. Then I encountered Viniyoga and its soft and precise depth. I trained first with Francois Lorin. Then I met Peter who became my yoga master. He gave me my first practice in 2006. Since then we met almost every month. I completed his last but one training with immense pleasure. I am a singer by profession, I teach singing and yoga. I like hiking in nature and I practice Buddhism in the tradition of Thich Nhat Hanh. 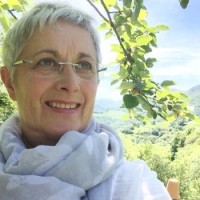 Secretary
A co-founder of the association; I feel indebted to Peter and his teaching, and so it is with great enthusiasm that I have embarked on this adventure with Colette. To share what I have learned, understood and felt through Peter is the obvious course of action for me. I first met Peter in 1989, during a retreat at the end of my first year’s training with another of TKV Desikachar’s students, Claude Maréchal. This retreat was a revelation and I remained Peter’s constant and dedicated student until his death. As a yoga teacher I devote my time, between classes and courses, to a project close to my heart: disseminating the teachings of the great master that Peter was and still is. I currently fulfill the role of association secretary and leader of the retreats and courses we organise. 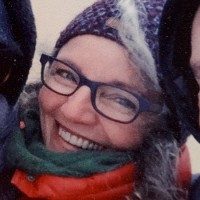 Administrator
I am currently working as a teacher and researcher at the Paul Valéry University, Montpellier, as well as being visual artist (painter) and yoga teacher. I grew up in the Burgundy countryside and I have retained a love of the contact with nature: animals, vegetation, rocks, the cosmos. I left home at an early age, and between causal jobs, creative work and more ‘serious’ professions I have acquired, I think, a variety of skills which can be of use to others. In the last few years the art of yoga* has emerged as an articulating force from this background: it gives breath to my existence and nourishes a strong desire to serve in spreading the light of Peter’s work. I decided to join the committee: the teacher opens the path and the disciple joins him on the road with humility and joy. That is how it has been for me since my first meeting with him in April 2013 … 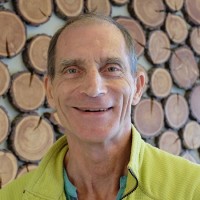 Administrator
I teach yoga in Annecy and I met Peter at a workshop in 1993. He didn't speak French yet at the time and his extremely colorful expressions opened my eyes to a whole new perspective. Peter's sudden departure really shook me up. It made me realize the depth and wisdom of the teachings I had received and had been living. This man was able to welcome and accept anyone unconditionally. I felt that I had been deeply touched, right down to my very foundations. It is very important to me to keep this beautiful energy alive, this energy that he awakened in me and in us, by renewing and reviving the message of ancient yoga. 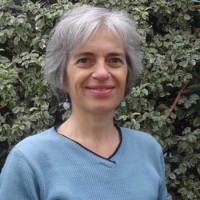 Administrator
Meeting Peter was a profound upheaval for me – a dive into the unknown; his vibrant and loving expression fostered a confidence in me and with it the realisation that it was with him that I would go in search of the art of yoga. Shortly before his death, I had decided to leave my job and to devote myself to teaching and sharing what I had received from him: it was like a calling; the time had come. So, it is with joy that I am joining the committee of the association towards the fruition and growth of Peter’s “Art of Yoga”. 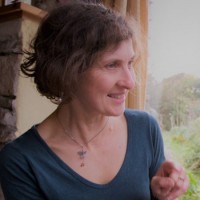 ADMINISTRATOR
I first met Peter in 2008 when he was invited to the studio of my teacher, Hanne Gillespie, in County Dublin, Ireland. I was deeply touched by his capacity to see each individual for who they really are and grateful for the space this gave me to explore freely. At that weekend, Peter brought a copy of his book, La Chair Vivante, and a seed was sown to make the book available to English speakers, which bore fruit as The Living Breath in 2018. Over the years, Peter’s support also helped me enormously in my journey as a musician. Since his death, the teaching continued to grow and deepen for me and is the inspiration in my own teaching. The community of Peter’s students is rich and immensely supportive, and I’d like to give something back by doing what I can to be a bridge between the French and English speakers, to enhance this sense of community.